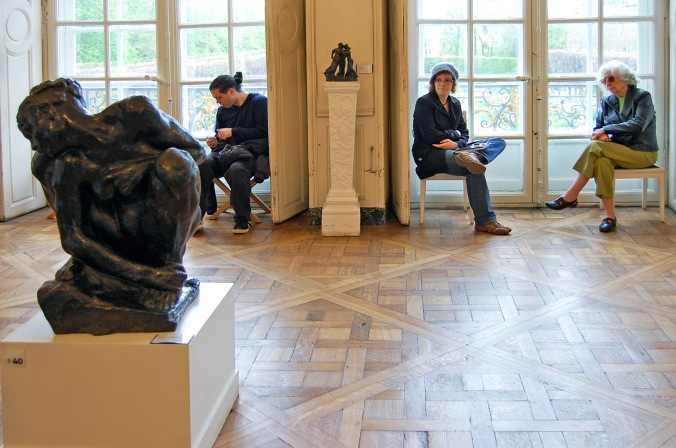 Aside the sense of form, there is a sense of movement about his work that makes it all that much more.

If I had the money, I would hop a plane every few days and go elsewhere. One place I would go to often would be Paris, and while I was there, it would be wonderful to visit often the Musee Rodin. In my heart there are a group of artists I know that I would put in a category that I never tire of. The films of Hitchcock, earlier Godard, Renoir, Fellini, Bergman, many of Spielberg, Scorcese and de Palma. The drawings of Picasso, Degas, Durer and Kollwitz. Paintings by Matisse, Rubens,  Cezanne, Hopper. A copy of  Melanctha, To the Lighthouse, One Hundred Years of Solitude, various volumes of Proust, Sonntag and Didion. Headsets containing Satie, Vivaldi, Chopin, Bernard Herrmann filmwork, Bessie Smith, Billie Holiday, the Rolling Stones, Blondie. And then, there is Rodin, always.

Inside the gate of the Musée Rodin

How’s this for a back yard? 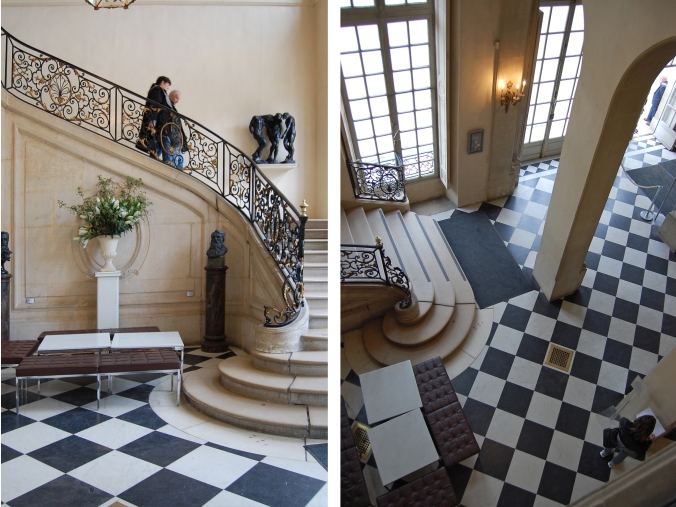 The hotel setting of the building gives it a different context, as this was a place Rodin actually lived.

As a young man, I visited it. Then, it was different, lots of work was outside, so you could go around and not pay and still see a lot of work. Today there is a fee, for the museum, certain bronzes are outside. In those days I remember seeing quite a few marbles, because I remember standing next to busts and being able to block the sun to see effects of light upon faces. So many people interact with sculpture as if it were two dimensional. They forget to take a walk around it to experience the different angles, look high and low, and even find a spot you love. Finding a spot you love gives it a uniqueness, that belongs to you, a whole different world of the painting, and more so than drawing.

The plaster sketch for Lady Sackville.

I may be mistaken, as I do not have my book on Rodin nearby, but I believe this is called The Beloved. Has a man ever loved a woman more?

Two views of Eve, an answer to Michaelangelo’s Slaves in female form. 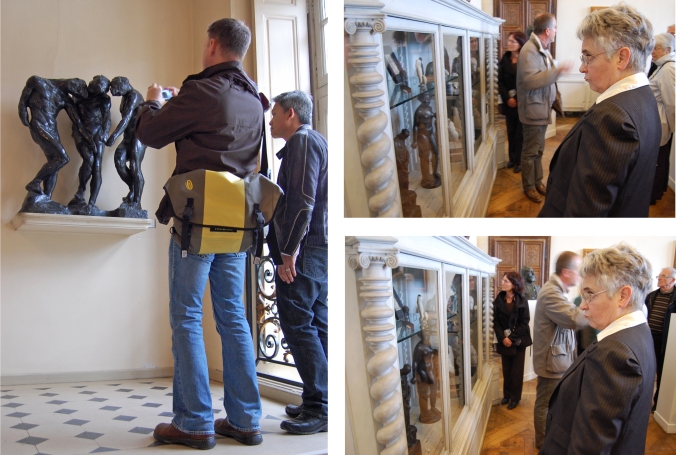 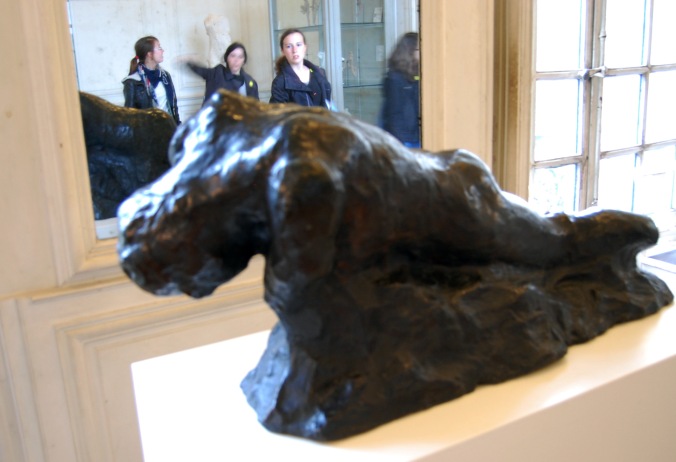 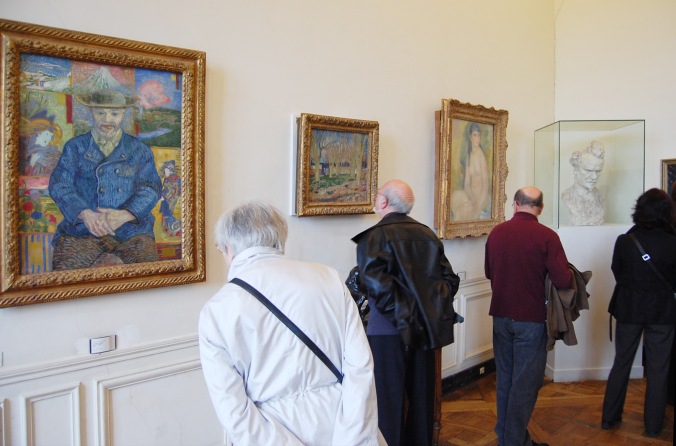 I love to watch the way people react to art.

I call this one, Visualizing Greatness.

One of the most beautiful statues, L’Âge d’airain (The Age of Bronze). In it’s day, it was considered so realisitc, Rodin was accused of making it from a cast. 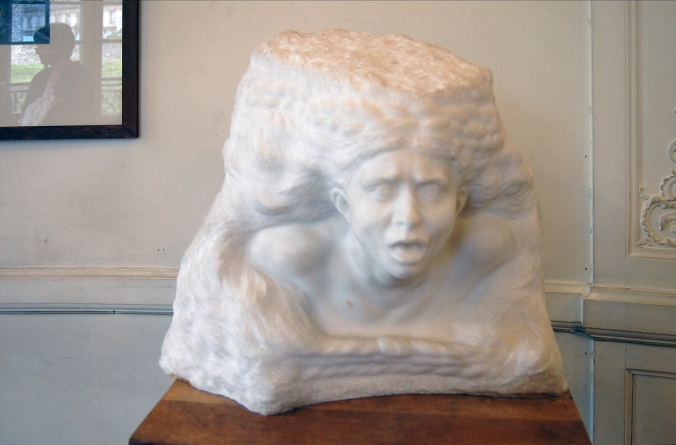 The unconventional L’Illusion, soeur d’Icare (The Illusion, sister of Icarus)

Alexandre Falguière and Mouvement de Danse A (Dance movement A) 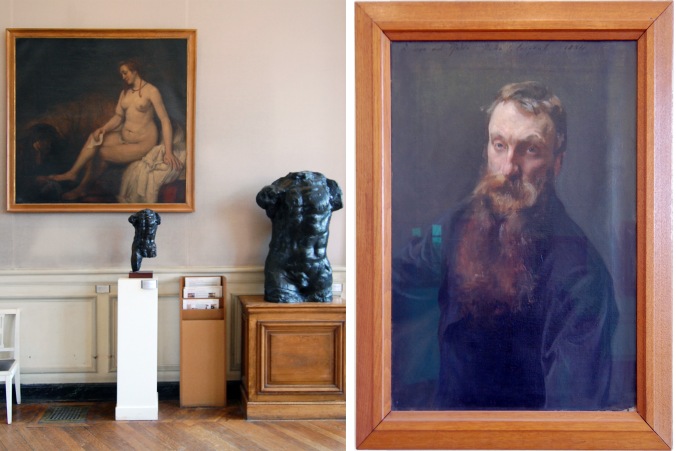 The wonderful added attraction of going is also seeing the works of many contemporaries, friends or other working artists, as Rodin himself collected. There are many portraits of Rodin as well, as the portraits he has done of others.

Devant la Mer (Beside the Sea) 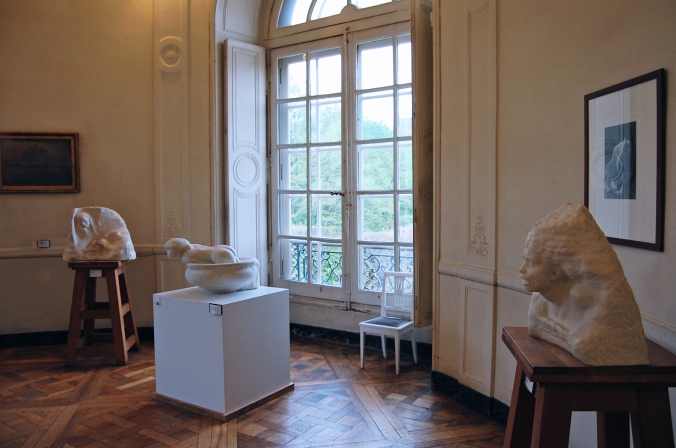 movies in my head

Playing films in my head